Online event, facility, & annual membership registrations should now be functioning. If you run into any issues, please call 712-328-5835. Thank you! 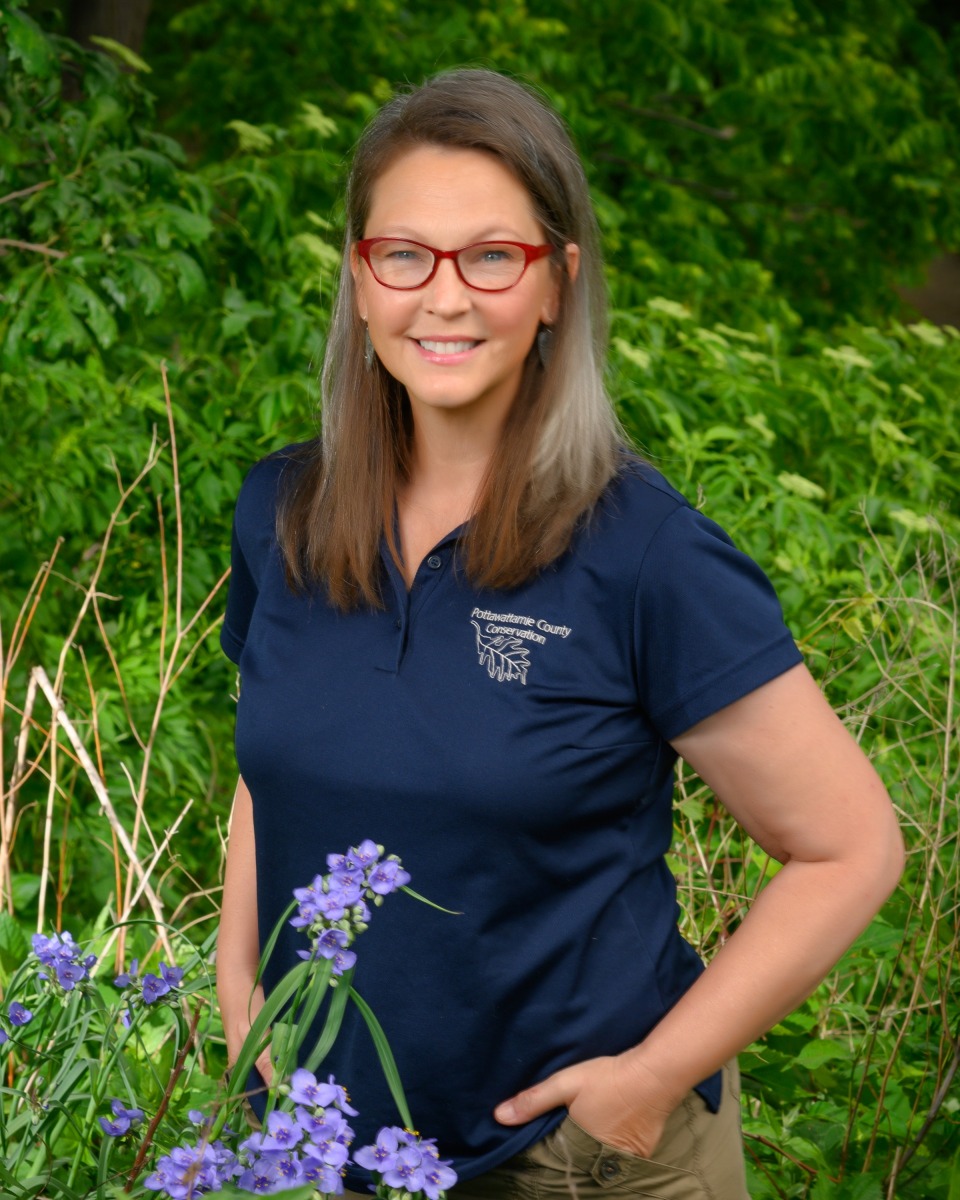 Amy is a Nebraska native who earned both her Bachelor of Science & Master of Science degrees from the University of Nebraska-Lincoln. She brings a wealth of experience to our Environmental Education team & previously worked as a Youth Programs Coordinator, Environmental Educator, & Education Coordinator with other conservation & environmental organizations in the area. She has also lent her considerable skills to the Nebraska Master Naturalist program & Nebraska Wildlife Rehab.

It's #BatWeek! This time of year conservationists around the world capitalize on the Halloween season when these so-called "sky puppies" are top of mind and share important information about our misunderstood mammal friend: the bat.

What should you do if a bat is trapped in your house (and you can't safely get it out)?

Between the end of October and April bats should not be released outside because it is too cold and there are no insects for bats to eat. They will fly around and burn the essential fat reserves they need to get through winter hibernation. If someone has a bat in their house and it’s between these months or they are not able to contain it, they should call their local animal control for safe removal.

Never try to catch a bat in flight as this almost always causes injury to the bat.

Wait until the bat lands and use a towel and leather gloves to pick up the bat and release it outside on a nearby tree or place it in a box for transport to a wildlife rehabilitator if between the months of October and April. You can also use a box or coffee can and a piece of cardboard to contain the bat by placing the box/can over the bat and sliding the cardboard gently between the box and the surface the bat is on.

There is great information about how to safely contain a bat inside and more on the Nebraska Wildlife Rehab page, HERE.

When do bats migrate?

Some will hibernate over the winter, like the Big Brown and the Little Brown Bat. Other solitary species of bats like the Eastern Red Bat that spend time in the summer in Iowa will migrate to areas where food and water are available, usually around October and then will return in April.

Are there any caves near Arrowhead Park where bats roost?

As far as I know, there are no caves near Arrowhead Park. Because we mostly have Loess soil deposits around here, there aren’t caves. It looks like most of Iowa’s caves are in the northeastern part of the state. At Arrowhead, bats—mostly big brown and probably little brown bats—will roost in the summer under the roofing of the picnic shelters. The proximity of the lake and pond make it a good location for bats as they can easily access water and insects, the food source for Iowa’s nine species of bats. In the winter, these bats will move to a nearby hibernacula, which is a shelter where they can spend the winter hibernating and conditions do not dip below freezing and maintain higher humidity. Oftentimes, this is a human-made structure like a shop, barn, or attic—a situation many of us are likely familiar with!

How can you prevent bats from getting into your attic and home?

Check out this resource from the Iowa State University extension office for more information and details. Due to their protected status, excluding bats from your home can only be done at specific times of the year so that baby bats are not trapped inside.

Bats are a protected species in the state of Iowa (and Nebraska) and it is illegal to kill them.

Human-made bat houses will provide suitable habitat for bats to roost in during the summer months if they meet the following:

Contrary to popular belief, bats are not blind. They actually see about as well as we do which is not good in the dark. Since they are nocturnal, they rely on sophisticated echolocation systems.

Bats don’t fly into your hair (unless someone whacks them with a tennis racket and injures them so they can’t fly). Bats avoid predators, including humans. Besides, their sophisticated system of echolocation that allows them to identify, locate, and catch close to 500-1,000 insects an hour is also sophisticated enough that they don’t accidentally fly into humans.

Bats are more closely related to us humans than they are to mice.

Bat wings are actually elongated hands. Their genus, Chiroptera, means “hand-winged”, so they are more agile fliers than birds.

There are around 1,200 different species of bats worldwide. Out of these, there are just three species of vampire bats that feed on blood. They avoid humans because, again, the predator thing. They generally feed on large, slow-moving animals like cattle.

Bats provide the equivalent of $1 billion in free pest control for corn farmers by consuming insects that can damage crops.