Posted on 11/19/2020
by Environmental Education Staff
How much do you know about the wild turkey?

You can spot wild turkeys anytime of the year in southwest Iowa but how much do you really know about these birds? 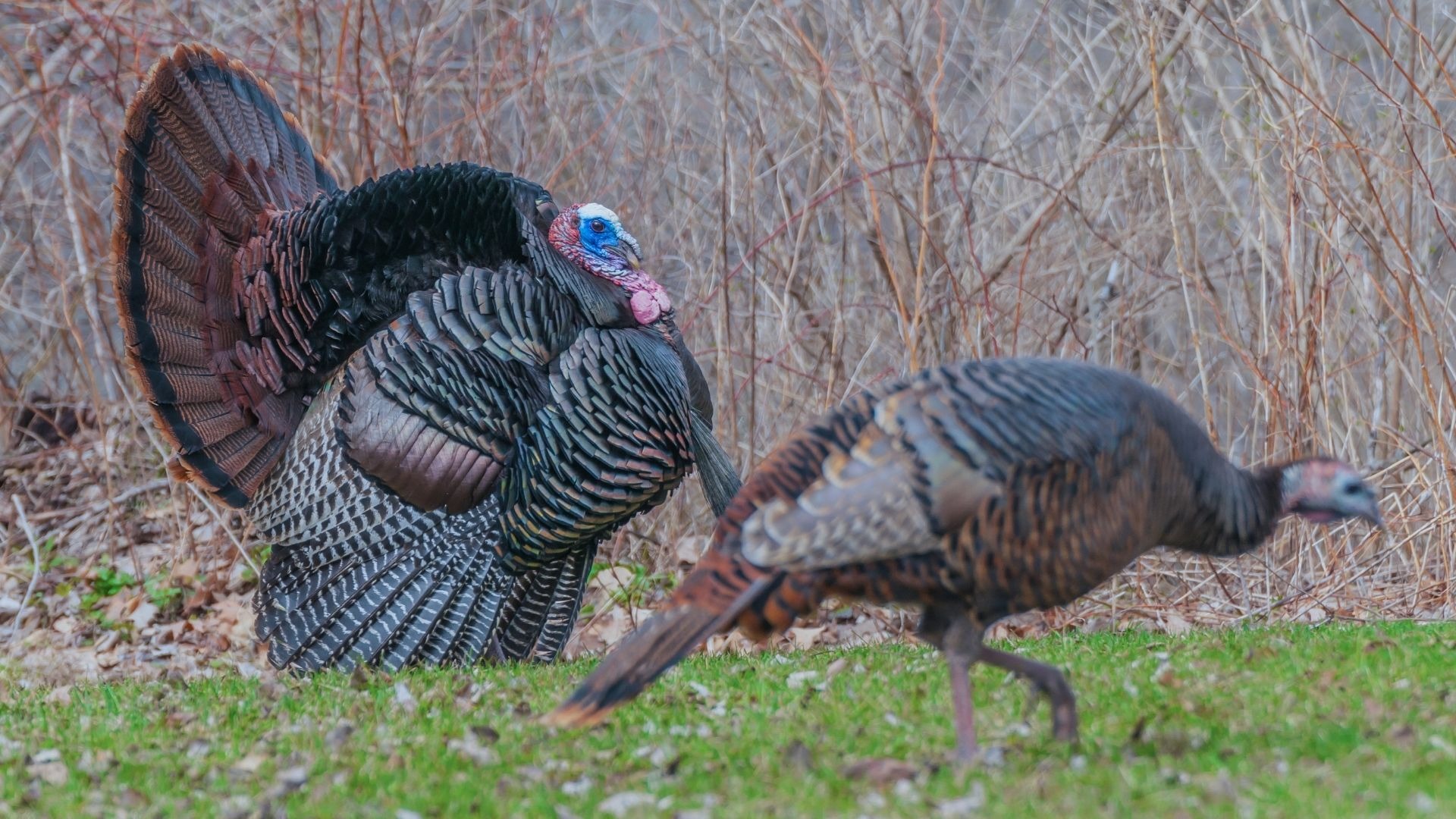 DID YOU KNOW...
Wild turkeys were nearly wiped out by hunting in the 1930s, at one point there were only about 30,000 in the wild. Due to conservation efforts, turkey numbers have rebounded, and are estimated to be more than 7 million today!

Turkeys have no external ear structures, but they have small holes in their head located behind their eyes
where sound can enter. Turkeys can pinpoint sounds up to a mile away!

A turkey’s gender can be determined from its droppings: males produce spiral-shaped poop and females’ poop is shaped like the letter J.

An adult tom turkey weighs 16 to 22 pounds on average, has a beard of modified feathers on his breast
that can grow over 7 inches long. Toms also have sharp spurs on his legs for fighting.

An adult hen is smaller, weighing around 8 to 12 pounds, and has no beard or spurs.

Both genders have a snood (a dangly appendage on the face), wattle (the red dangly bit under the chin) and only a few feathers on the head. 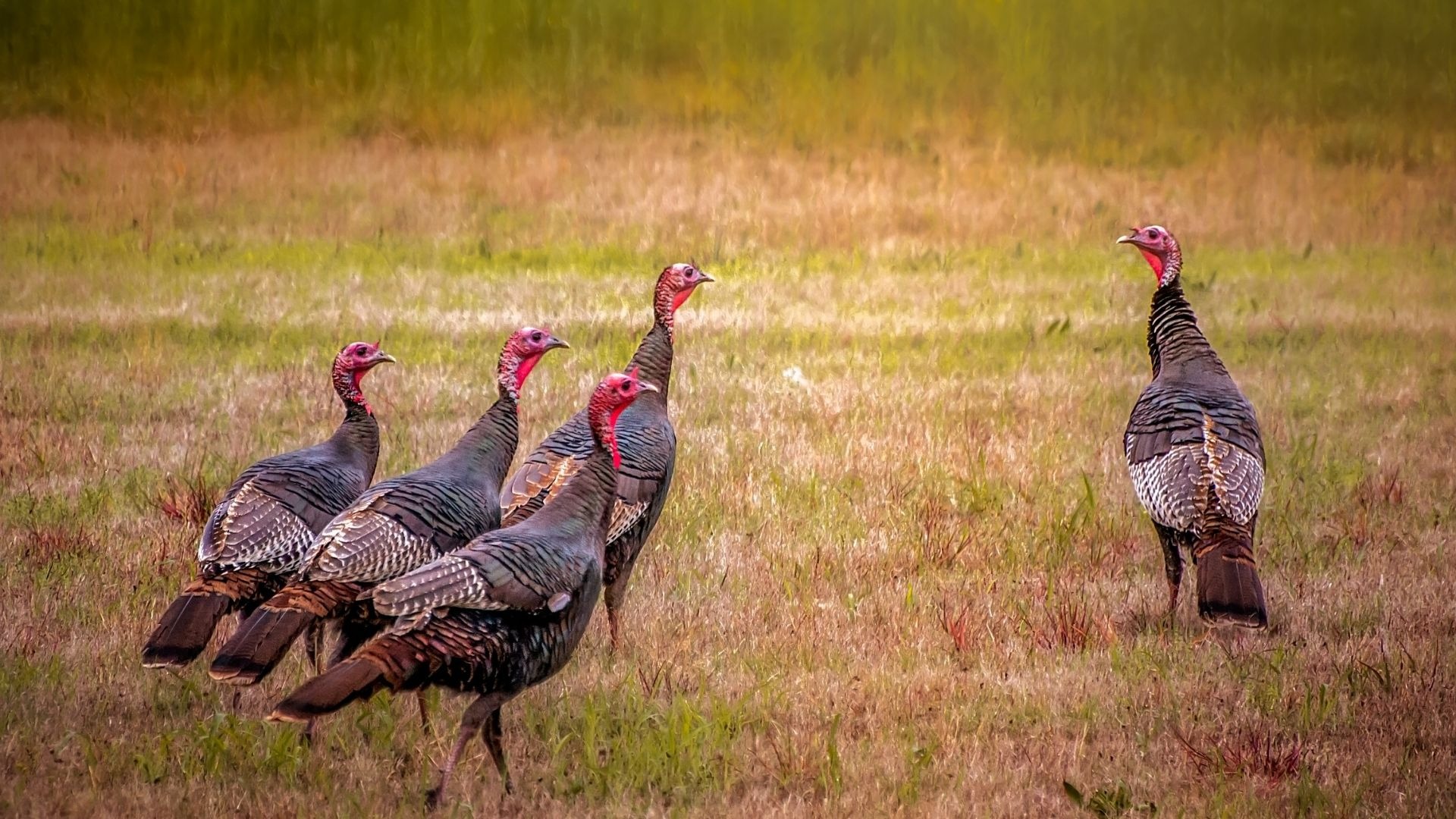