What Is It Wednesday: Sioux Quartzite 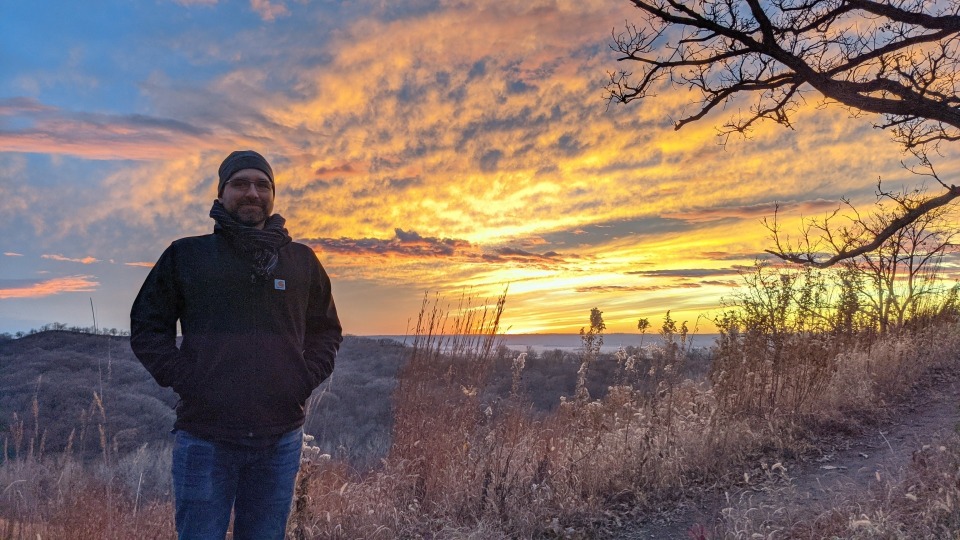 Dustin, an Omaha native, is a lifelong student of the natural world.  He has been a practitioner of Earth-based skills for over 25 years. He has also formally studied geology as well as the traditional uses of native plants as foods and medicine. Dustin spends as much time as he can wandering the loess hills getting to know our local native wildlife.

Together, he and his wife Clarissa enjoy hiking, traveling, gardening, and birding.

Quartzite has been used all over the world for tool making, particularly during the neolithic, (though there are some examples of paleolithic quartzite artifacts) However, Sioux quartzite has only been used as a tool stone in the regions where it occurs, though sparingly, as there were a number of other more easily worked stones in the area. That said I have seen axes, mauls or hammers, and abraders made from Sioux Quartzite along with more decorative items.

To me, the coolest things about it is its origin story:

Billions of years ago, when the earth was young, there was an ancient, braided river that deposited huge amounts of alluvial quartz sediment in the area where the beds of quartzite are today. Over time the river ceased to be, and some ancient sea or ocean grew and advanced upon the landscape, adding sand to the growing deposit until, in the course of time, that sea also retreated. But yet the sands remained.

Over vast spans of geological time, the sands became buried by other sediments until they were well below the surface of the earth. There, under heat and pressure, the grains of quartz were welded together and cemented into sandstone. Now, because the agent that cemented the quartz sands together was silica (the stuff from which quartz is made) an opportunity presented itself for the sandstone to go through a metamorphosis under heat and pressure, The grains of sand and the silica which fused them together began to change and re-crystallized as macrocrystalline quartz becoming the stone we see today.

And there, our quartzite sat, buried by softer stones and soils for many millions of years.

Then, beginning around 250,000 years ago and continuing intermittently until about 12,000 years ago, the glaciers began their dance of advancing from and receding to the north. Throughout the ice age, the glaciers excavated and crushed the soils and stones from atop the quartzite and drug tremendous amounts of it far to the south which is how it arrived here with us today.

I think it’s a cool story, and I like that it’s cyclical. The quartzite started as tiny grains of sand carried by the river from some distant outcroppings of quartz in a long-vanished mountain range. Then it was welded together and transformed back into a large deposit of relatively homogenous quartz. Then, more water in the form of a glacier came and broke up the quartz and distributed it to distant lands. In a way, the stone itself is a bit like a fossil of that ancient river.

You can learn more about common rocks in our area in this video: