What Are Oak Tatters? 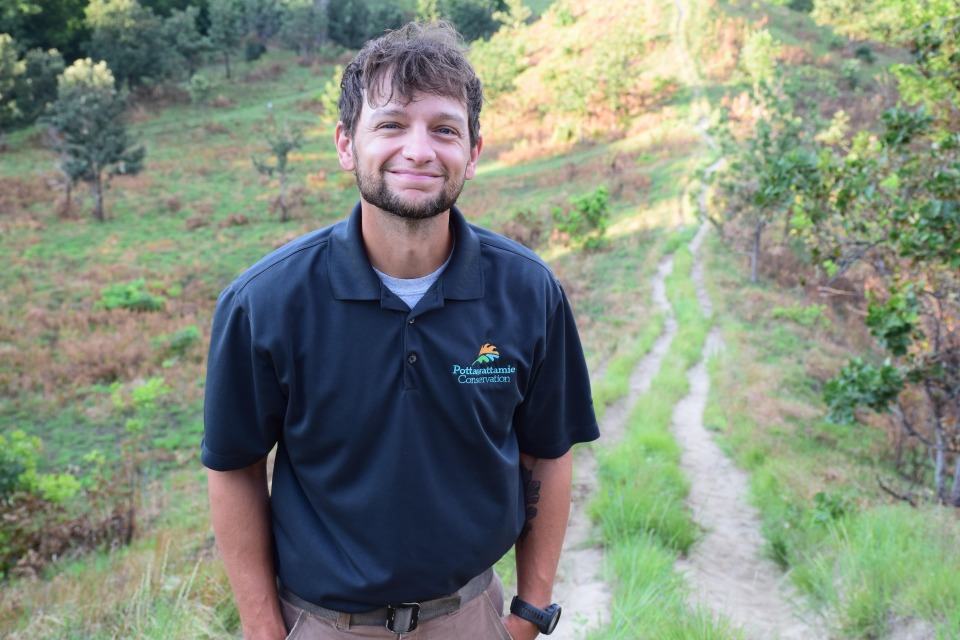 Jeremy brings a wealth of knowledge from his previous experiences in the field of conservation. While most recently located in South Dakota, he is a native of Logan, Iowa and is glad to be back home managing the natural resources of the Loess Hills and Pottawattamie County.

Posted on 6/2/2022
by Jeremy Yost, Natural Resource Technician
This year oak leaves seem to be thriving, and it might be thanks to a rainy May.

If the 90-degree days we experienced in May are any indication of the weather we have to look forward to this summer we will all be searching for some shade. Luckily, the bur oak trees at Hitchcock will be providing a little additional relief this year.

If you have been out on the trails in years past you may have noticed how beat up or “tattered” the leaves looked. They appear to be a skeleton of a leaf with veins but no interveinal tissue. This condition is called “oak tatters”. This condition was first observed in the 1980’s and is now present in at least 8 states throughout the Midwest. 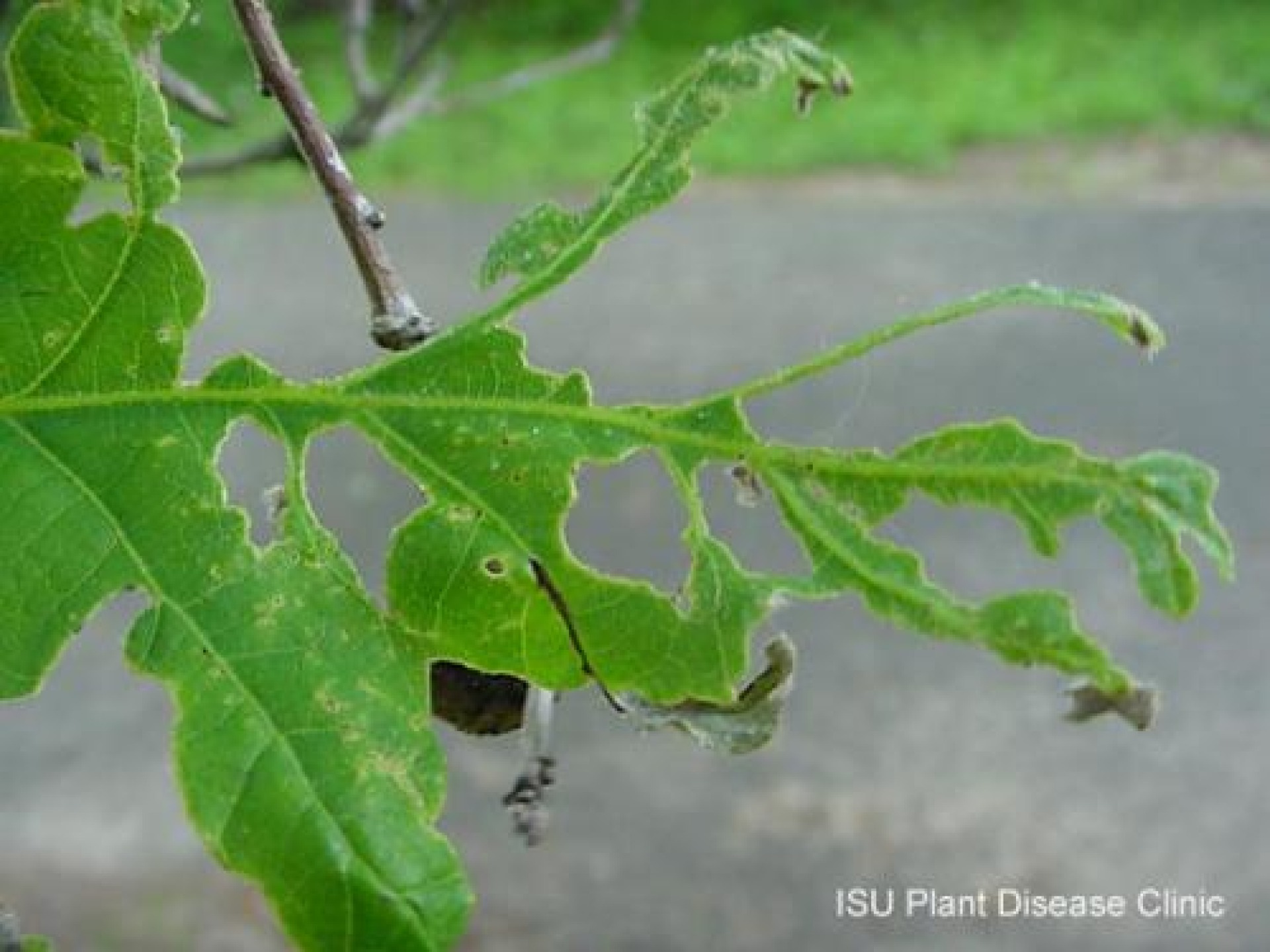 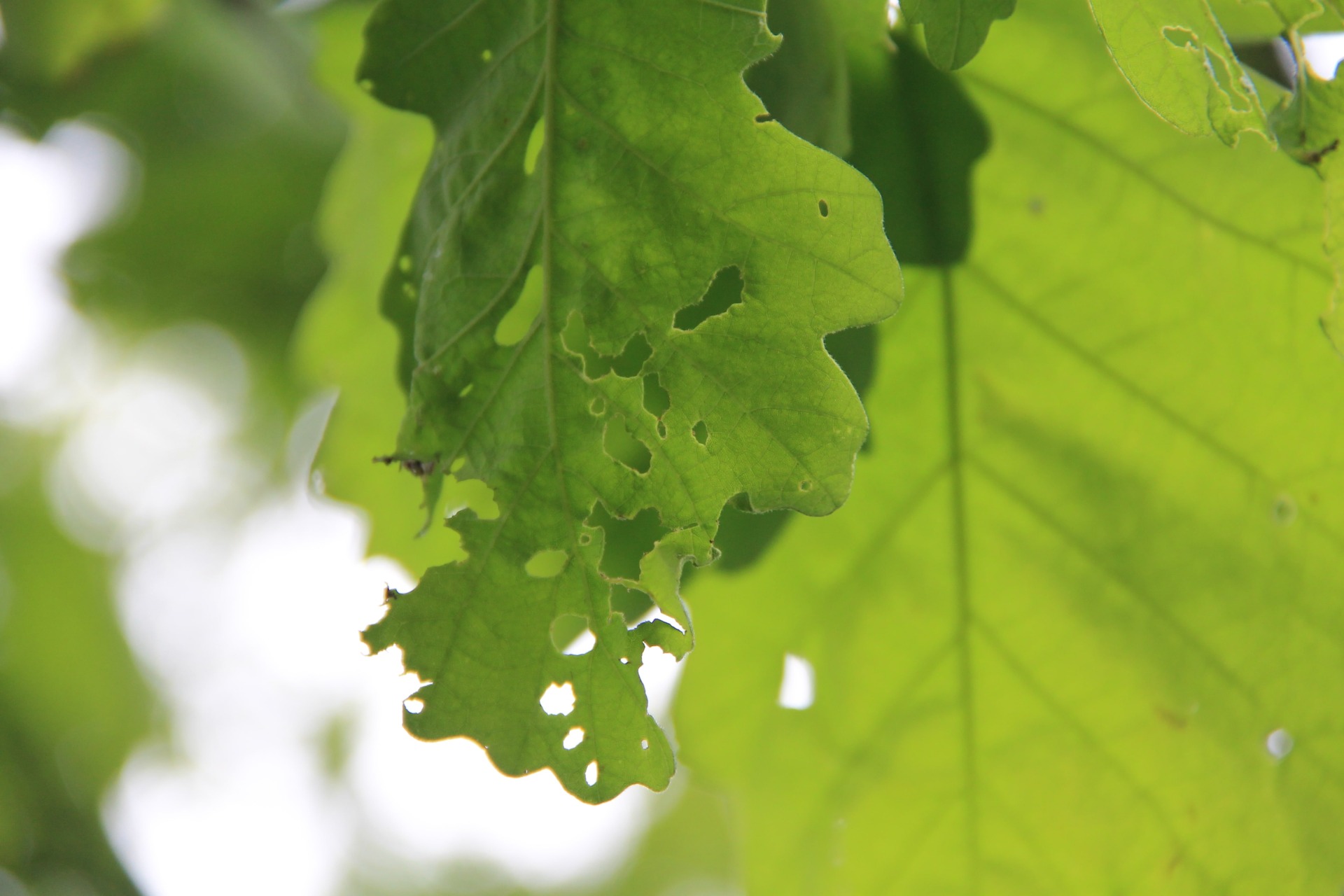 The cause of oak tatters is not a widely researched topic but a 2004 study at the University of Illinois linked tatters to group 15 herbicides also called Chloroacetamides.

Common herbicides in this family include:

Acetochlor is a widely used preemergent herbicide used on cornfields and has recently grown in popularity in bean fields. It can persist in the soil for up to three months and is regularly found in watersheds of farm fields it has been applied. The Silver Creek in central Minnesota is on the state’s impaired waters list due to high levels of acetochlor. Acetochlor can also easily volatilize and is found in the atmosphere. According to an EPA usage report between 1997 and 2001 over 32 million pounds of acetochlor were applied in the US.

In the 2004 study, metolachlor, acetochlor, and dimethenamid were sprayed on oak seedlings during the initial growth of the leaf.  Oak tatters occurred at rates as low as 1% of the label recommended application quantity for these three Group 15 herbicides.

Why are the oaks at Hitchcock providing so much shade this year?

These studies suggest that oak tatters is at least partially due to concentrations of certain group 15 herbicides in the atmosphere at the time of year oak leaves are most at risk.

Let’s think about the weather patterns this spring:

According to the National Weather Service we had .72 inches of rain on April 29th and 1.39 inches on May 2nd, followed by .89 on May 5th. This weather pattern made it virtually impossible for farm fields to be sprayed with these herbicides and this year we have virtually no signs of tatters. 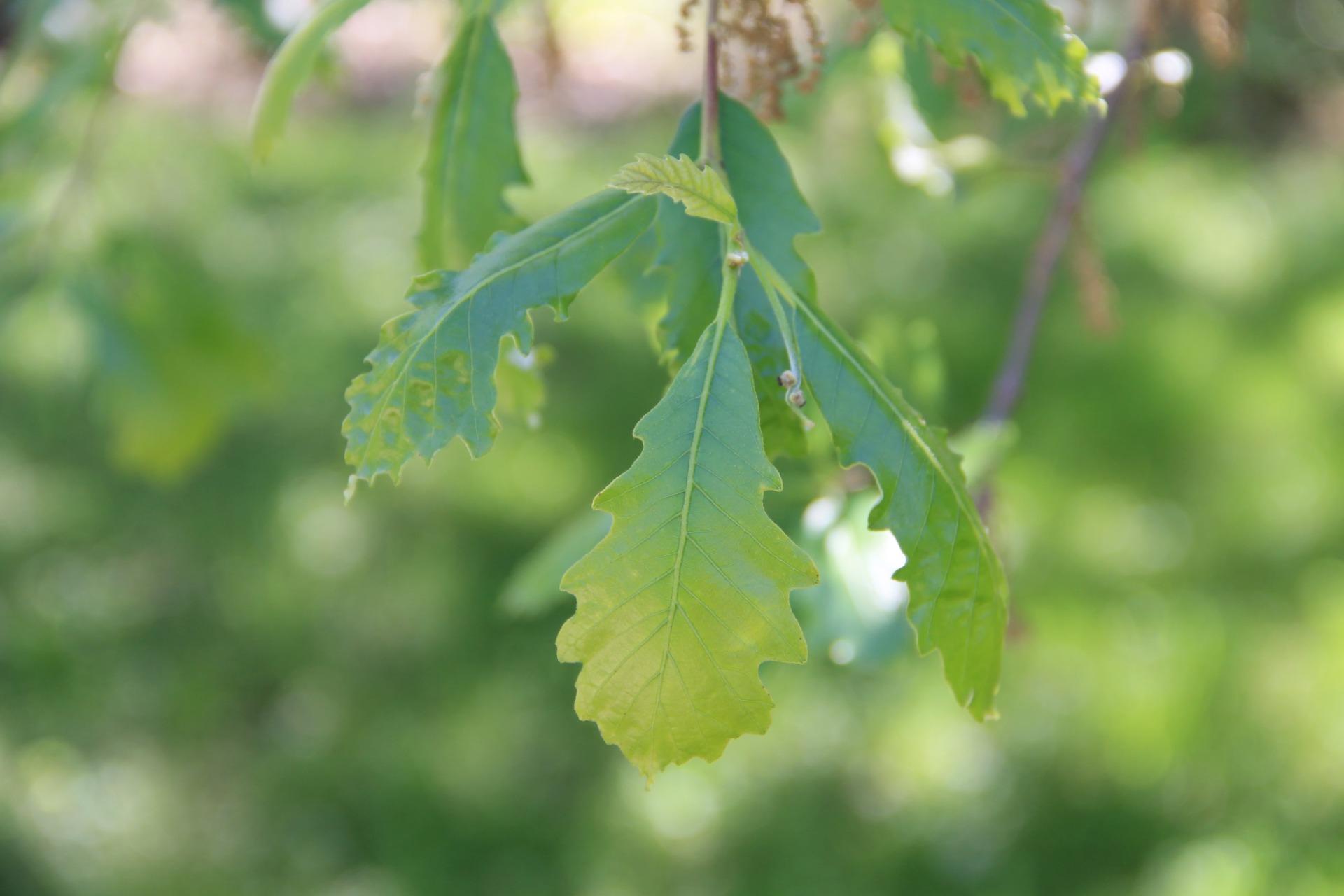 Why do oak tatters matter?

Although no direct death of an oak from tatters has been observed, a tree with tatters must produce a second flush of leaves, which takes a huge investment of root reserves. This stress can lead to further damage from drought, insects, and fungal infections that may also contribute to tree death.

Bur oaks have always carried a special place in my heart and that love is carried on my sleeve (tattoo). Oaks may not be as charismatic as bald eagles and other birds that were affected by DDT, but oaks deserve our respect and tatters needs more research. As a keystone species in ecosystems here and around the world, oaks provide resources for 1,000’s of species of birds, invertebrates, reptiles, microorganisms, lichens, fungi, and even shade-seeking hikers.

"...They are the best tree genus in North America for supporting the food web that supports birds, the insects they eat and thousands of other species. They also capture more carbon than other trees and hold more rainwater on our properties than other plants. I wrote The Nature of Oaks because people don’t know that. They think oaks are 'just another tree.'"

— Doug Tallamy, Entomologist, author, and professor at the University of Delaware

Read more about how important the mighty oak is to our ecosystem.